It’s that particular time in a Houston summer when we start to sometimes wish that we could be somewhere (pretty much anywhere) else. You know what we mean—the temperature is climbing towards 100, you can cut through the humid air with a knife, and all of a sudden the skies will open up when you’re trying to load the groceries into your car. Of course, we wouldn’t trade being here for anywhere else. So when we find ourselves momentarily wanting to escape, we know just where to turn: The bookshelf. The roundup of recent favorites below is heavy on novels, though we’ve saved some room for kids and nonfiction, too. If you don’t see something that appeals, don’t fret—we’re just a phone call away, and could talk about great books all day. (Literally. We do that sometimes.) 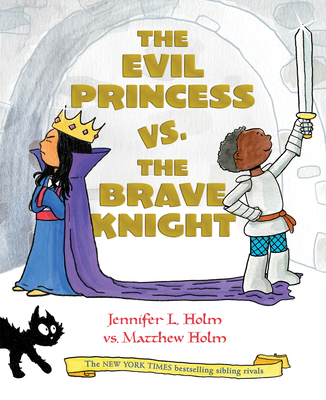 The Evil Princess vs. the Brave Knight by Jennifer Holm; illustrated by Matthew Holm

Once upon a time, there was an Evil Princess and a Brave Knight. They shared a castle and a cat and fought all the time. When they fought, the Magic Mirror sent them to their rooms. And staying in their rooms was boring. So they learned to get along—sort of. Siblings Jennifer and Matthew Holm create a story sure to be recognized by any child with a brother or a sister.
—Cathy

READ because this is a great new picture book from the folks who brought you Babymouse, and is sure to resonate in households with siblings!
PASS if you and your siblings are too busy fighting for control of the kingdom.
Order your copy on our website. 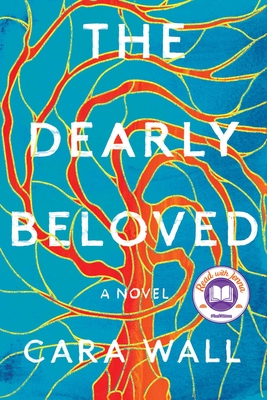 The Dearly Beloved by Cara Wall

Charles and James are co-pastors of Third Presbyterian Church in Greenwich Village during the turbulent ’60s and ’70s. But it is their inner lives and their marriages to two very different women that make this quiet book one to consider as a testament to faith. Wall mines the inner life and conflicts of these four people in a way that makes you keep slowing down to consider what she is saying between the lines.
—Valerie

READ if you’re fond of Elizabeth Stroud or Ann Patchett.
PASS if you like to read things that are all surface-level, no subtext. (Maybe try cookbooks?)
Order your copy on our website. 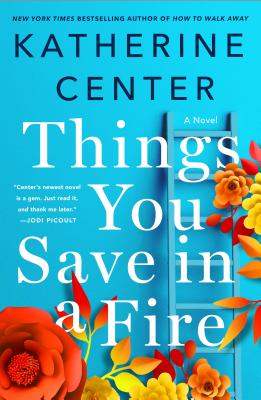 Things You Save in a Fire by Katherine Center

Cassie Hanwell has the perfect job as a firefighter. She's strong, smart and feeds on the energy of heading into danger when everyone else flees it. When her estranged mother reaches out and asks Cassie to move from Austin to Boston for a year, Cassie reluctantly agrees and discovers that the tough, old-school Boston firehouse is incredibly different from her job in Austin. She's the first woman assigned to the station which means hazing, working harder than two men and never having romantic thoughts about the rookie firefighter who starts when she does. We can see what's coming before Cassie does, and Katherine Center tells this story in a lovely way, complete with humor and heart.
—Cathy

READ for the warm humor and great characters.
PASS if you wouldn’t save your favorite book in a fire.
Pre-order a signed, personalized copy on our website—it even includes some hand-painted swag from the author.
Meet the author when she visits the shop on August 13th. Kristan Higgins will be there, too! 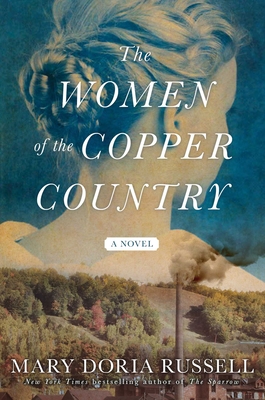 The Women of Copper Country by Mary Doria Russell

As she did in her novels about Doc Holliday and Wyatt Earp, Russell creates a vivid and compelling story about a mostly forgotten episode in American history—the 1913 strike by copper miners in Calumet, Michigan. Her novel focuses on Annie Klobuchar Clements, a 25-year old miner's wife who, with a dogged belief in the rightness of her cause, organized the Women's Auxiliary of the miners' union to raise funds for the relief of miners' families and to participate in daily marches during the several months-long strike.

Russell is one of my favorite authors to recommend. Her writing is smart, her research impeccable, and her historical characters come to life in richly described contexts.
—Alice

READ because this is an inspiring, empowering novel about a woman who some call “America’s Joan of Arc.”
PASS if you like books about the future more than books about the past.
Order your copy on our website.

In 1855 the U.S Congress approved the purchase of camels from the Middle East to be used by the Army for transporting men and materiel in Texas and the Southwest. Obreht uses this historical event as the basis for her new novel. The first of two story lines concerns Lurie, a young outlaw, who joins up with the Turkish camel drivers who are bringing the camels from Indianola, where they landed, to central Texas. The second story line is that of Nora, a spunky woman who lives in the Arizona Territory in 1893 with her husband, a newspaperman, her three sons, and a young relative who communicates with spirits. There have been sightings in the area of a ghostly giant beast, but Nora has bigger problems when her husband and her two older sons go missing. As she did in The Tiger's Wife, Obreht masterfully weaves history, legend and mysticism together in the stories of Nora and Lurie. Highly recommended.
—Alice

READ because you’ve obviously been waiting eight years for a new book by Téa Obreht.
PASS if and only if you’re saving this one to read with your book club in a few months.
Order your copy on our website. 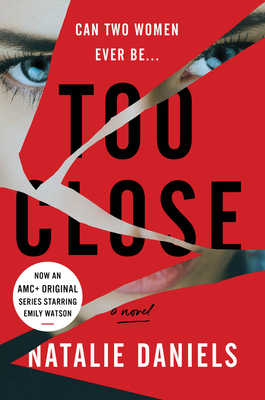 Too Close by Natalie Daniels

Emma, a forensic psychiatrist, is assigned to work with Connie, a wife and a mother, who has been accused of a horrific crime. Emma is tasked to find out if the dissociative amnesia Connie seems to suffer from is real or not, and if Connie is able to stand trial. Emma has worked in this field for many years and is not easily fazed, but there is something about Connie and how Connie interacts with Emma that makes Emma take a look at her own insecurities (and failure to deal with same), about her own life, marriage and tragic past. As Emma uncovers the details of this crime, she begins to wonder if Connie’s complicated marriage and the close (toxic) relationship with her best friend, Ness, could have made Connie snap - or is Emma getting too close to a woman that should not be forgiven. It is a psychological thriller that alternates between the two women’s points of view, before and after Connie’s breakdown, and is a story about the powerful and dangerous closeness between women.
—Joy 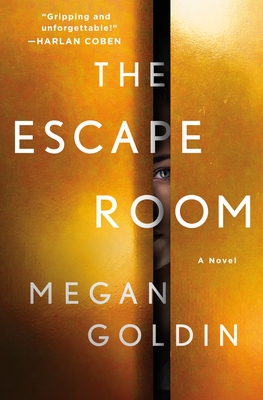 The Escape Room by Megan Goldin

New York city, the place where fortunes are made and lives ruined by trying to make millions. Vincent, Jules, Sylvie, and Sam are ruthless brokers of a financial firm that deals with acquisitions and mergers.  Nothing stands in their way of making the deal. The four are requested to come to a Bronx area building for a special, mandatory meeting that turns out to be an "escape room" challenge that each member believes is tied to their next possible bonus. As they step into the elevator,  the door closes. The elevator has been reworked to give them clues but they must be solved in complete darkness. Needless to say, Vincent, Jules, Sylvie and Sam are all angry, some in a state of panic from the closed setting and proximity to each other. The four are literally trapped to face one another and their own demons.

Sara Hall is a colleague of the same firm who now no longer works for the firm, and each of the ruthless analysts think she is dead and forgotten, but now, her name is one taunting clue to the escape situation.

The story is told in alternating chapters, first from the viewpoint of Sara Hall, describing the beginning of her career with the analyst firm, from her initial naivete and further induction into the ruthless world, to her firing for a mistake she did not  make. Then from the viewpoint of the four trapped in the elevator, desperately trying to figure out how to get out and without killing each other.
—Kathleen

READ because this is a sleek, unique thriller whose pages will practically turn themselves.
PASS if you’re worried you’d never get into an elevator again after reading this.
Order your copy on our website. 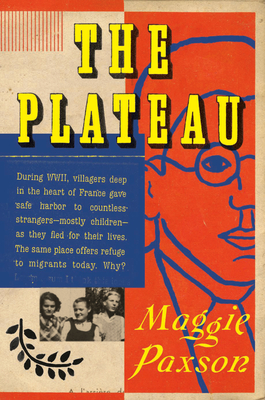 The Plateau by Maggie Paxson

Several years ago, anthropologist Maggie Paxson traveled to a hilltop community in central France to research the altruistic group behavior of its residents during World War II. The townspeople on the cold and windy plateau had taken in and protected refugees targeted by the Nazis in the early years of the war. Drawn to this community through a distant family connection, Paxson found her research morphing into an intensely personal journey that led her away from academic anthropology toward a kind of self discovery as she obsessed over the life and actions of Daniel Trocmé, a teacher on the Plateau who died in a concentration camp. Moreover, as she spent time on the Plateau, Paxson gradually became increasingly involved in the lives of its current residents, and she discovered that the townspeople exhibit the same selfless behavior toward today's global refugees that their parents' generation showed to WWII refugees. Journal-like in its presentation of research, analysis, and personal inquiry into matters of faith and conviction, this is also a dramatic study of the many facets of human behavior. Highly recommended.
—Alice

READ because this is a personal, timely piece of writing that will restore your faith in kindness.
PASS if you want, we guess. But we can’t think of a reason.
Order your copy on our website.