Abdi Nazemian's YA Debut Needs to Top Your TBR 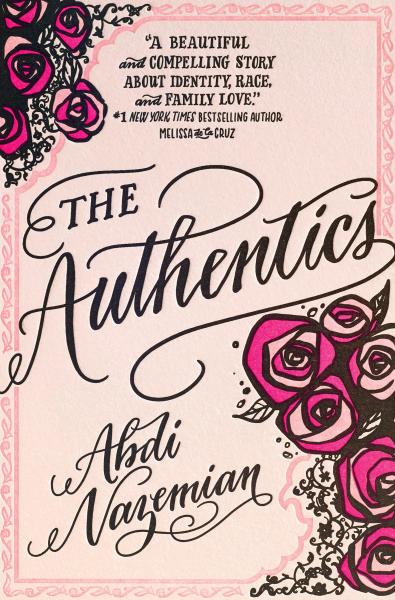 Have you read The Authentics, the debut YA novel from Abdi Nazemian? Stick it on your to-be-read list if it's not already there. It's a deeply resonant story about love, self-discovery, and famiy—both the one that we're given and the one that we choose. Its protagonist, Daria Esfandyar, is a proud Iranian-American teenager with a fresh voice, and she'll stick with you long after the book is over. We gobbled this book up when it came out last summer, and we're eagerly awaiting Nazemian's next.

As a matter of fact, we plan on asking him what he's been working on when he visits us for TeenBookCon on March 24—along with 25 more of the best teen and YA authors out there. (You're coming, right?) We caught up with Abdi for a short Q&A before the festival—read it below, then pre-register for TeenBookCon (it's free!) online! You'll have a chance to connect with your favorite authors, attend panels, ask questions, and snag some signatures at the end of the day.

How did you come up with the story for The Authentics?

I honestly have no idea! I wanted to tell a story about identity and family because those are issues I was thinking a lot about at the time, since my kids had recently been born via surrogate. I wondered how they would come to define their cultural identities as they grow up, and thought a lot about the damage it would cause children not to tell them the whole truth of their history. Then the character and the premise just came to me in the mystical way most creative ideas do.

The Authentics is your YA debut. What was different about writing YA than novels for adults?

The process itself is very similar. It’s about discipline, about making time to find the voice and the story. What I love about writing YA, which is the genre I hope to stay in, is that there is a strong appetite for diverse stories, and that freed me as I was writing. It allowed me to lean into the cultural aspects of the story. My first novel is also about an Iranian family, but the point-of-entry character is a white outsider in the Iranian world. This time, I wrote from the perspective of a character who is a part of my culture, and that was incredible and freeing.

Daria has such an engaging, distinctive voice. How did you develop her as a character?

Her voice spoke so strongly through me when I started writing this book. I tend not to develop characters too much before I start writing, because I’d rather hear their voice before I decide who they are. And she spoke loud and clear. In many ways, she’s a lot like who I was as a teen. Like Daria, I didn’t feel that I fit into my culture despite loving it, I was very outspoken, and I tended to think I was right about everything and had a lot to learn about true authenticity. Daria also has a lot of the best qualities of some of the Iranian women I know, including her outspokenness, and her loyalty to her friends, her family, and her culture.

We’ve read that one of your goals for your books is to tell stories of gay characters in immigrant communities. Can you tell us about why that’s important to you and how you plan to continue representing those characters? 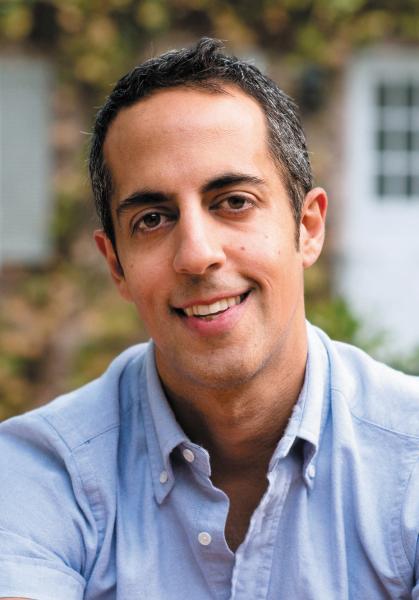 When I realized I was gay, there were no stories about gay Iranians out there. It made me feel like I didn’t exist, or like the world didn’t want me to exist. So telling these stories feels like writing myself into existence, and giving the teenage me the stories he needed. Hopefully, the stories also give other queer people from immigrant communities some narratives to look to if they want to see themselves. The queer immigrant experience is often very different from the queer experience that is most often depicted in stories, and I think it’s important for us to see ourselves. In my career as a screenwriter and producer, I have thus far failed in my attempts to tell queer Iranian stories (or any Iranian story), so I’m relishing the chance to tell these stories in literary form. I’m deep into my next book right now, and one of the lead characters is a queer Iranian teenager, so I’m not done yet.

What are you currently reading?

I’m always reading multiple books at once. I recently read John Boyne’s The Heart’s Invisible Furies, which is my favorite book I’ve read in ages. I’ve already gifted it to countless people. It’s that good. I also just read and loved Lisa Ko’s The Leavers. I’m moderating a panel at the Ontario Teen Book Fest, and have read the great YA debuts from the writers on my panel: Lilliam Rivera, Jeff Garvin, Lindsey Summers, Kim Turrisi, and Emily Ziff Griffin. Reading a group of YA debuts is so exciting, because there is so much diversity in the tone and content of just these books, let alone the YA world at large. And I’m moderating an event with Andre Aciman soon, so I’m re-reading Call Me By Your Name, which retains its power no matter how many times you read it.

The Authentics is a fresh, funny, and insightful novel about culture, love, and family—the kind we are born into and the ones we create.